Current statistics suggest almost 21 million people are victims of forced labour globally, trapped in work which they were coerced or deceived into and which they cannot leave. Human trafficking is considered as forced labour and is one of the fastest-growing criminal activities. Trafficked individuals are modern day slaves. Traffickers trap them – often with the promise of paid work or education in another country, or even in a different part of the same country, then sell or force them to work for no pay, often under degrading conditions. Girls and women are more likely to be trafficked to the UK than boys and men. It can be difficult for trafficked people to escape, few manage to run away or are found by the police.

Actress Jenn Murray plays the part of Ida, who tells the story of being trafficked from Eastern Europe to Britain and made to work as a prostitute.

This fund-raising film formed part of Comic Relief’s Red Nose Fundraising Day 2017 and can be seen below. 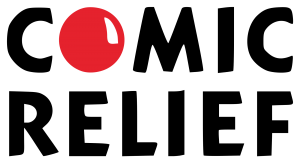 A production for Comic Relief